Phillippo Insurance Agency has provided insurance coverage to residents of Michigan and Wisconsin for more than 80 years. 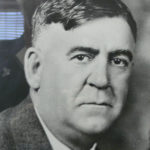 Our agency was founded in 1937 by the late Claude Phillippo. Claude ran the agency out of a small office in his home in Stephenson, Michigan. As years passed and business grew, Claude’s son, the late Harold Phillippo, began helping in the office and eventually bought Phillippo Insurance Agency from his father in 1953. 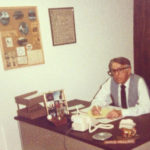 Harold conducted business from his family home for many years, sparking the interest of his son, Joel. After accompanying his father on numerous client visits, Joel pursued his insurance agent’s license, earning his credentials in 1979. In 1982, Joel and his wife, Hollie, purchased the family agency from Harold. As continued growth under Joel and Hollie’s direction necessitated additional space, the agency’s office was moved to its current location at E106 South Drive in Stephenson.

In 2017 Stephenson local Dillon Mathews moved back to the area with previous insurance experience to work with Joel.  With Joel approaching retirement, Dillon and his wife Melissa purchased the agency in January 2020.

Now an integral part of our local communities, Phillippo Insurance Agency proudly gives back to those who have supported us for decades. Through donations and sponsorship, volunteerism, hosting supply drives, funding educational speakers and technology purchases for the local school systems, and awarding academic scholarships, among other activities, we ensure that we make a positive impact in our communities.